Chromecast is one of many streaming media adapters out there made by Google. It allows people to play online content anywhere such as music and videos on a digital television from YouTube or even subscription services such as Netflix, Hulu, and Disney+. You can even get a mobile app for it to use a desktop computer, laptop, tablet, or smartphone as a TV remote for your Chromecast device. A splitter, meanwhile, enables you to split the HDMI signal from your Chromecast to multiple television sets.

Meanwhile, we highly recommend that you get the Koopman HDMI Splitter 1 in 2 Out in order to split the signal from your Chromecast. It’s a dependable splitter we’ve tried out for the Chromecast and it works so superbly you’d be excused to think that it was also made by Google as though it’s perfectly compatible, the high-end accessory that comes with your Chromecast. 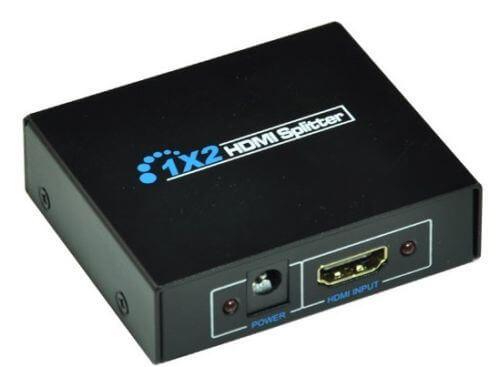 Chromecast is a streaming device. You can plug it unto the HDMI port of your HDTV, PC, computer monitor, or projector. It also includes a USB cable that helps power it. You can, in turn, use your computer or smartphone as its remote control. It allows you to access video content from YouTube, the Google Play Store, Hulu, Disney+, and Netflix, among many other services. You can also utilize the gadget for streaming of any kind of content from your laptop or desktop computer or from your Google chrome browser, such as streaming video from CrunchyRoll or Twitch.tv.

What Is The Best HDMI Splitter for Chromecast?

The best HDMI splitter for Chromecast is the Koopman HDMI Splitter 1 in 2 Out (see full specs). Not only does it excellently work with the Chromecast device in splitting its signal into different displays such as television sets, monitors, and projectors. It does so with minimal signal degradation. Actually, HDMI signal splitting always comes with a signal degradation caveat. Some setups will allow you to play your Xbox One, Nintendo Wii-U, Nintendo Switch or PlayStation 4 just fine with two TVs but have issues playing movies from Chromecast through the same TVs simultaneously. 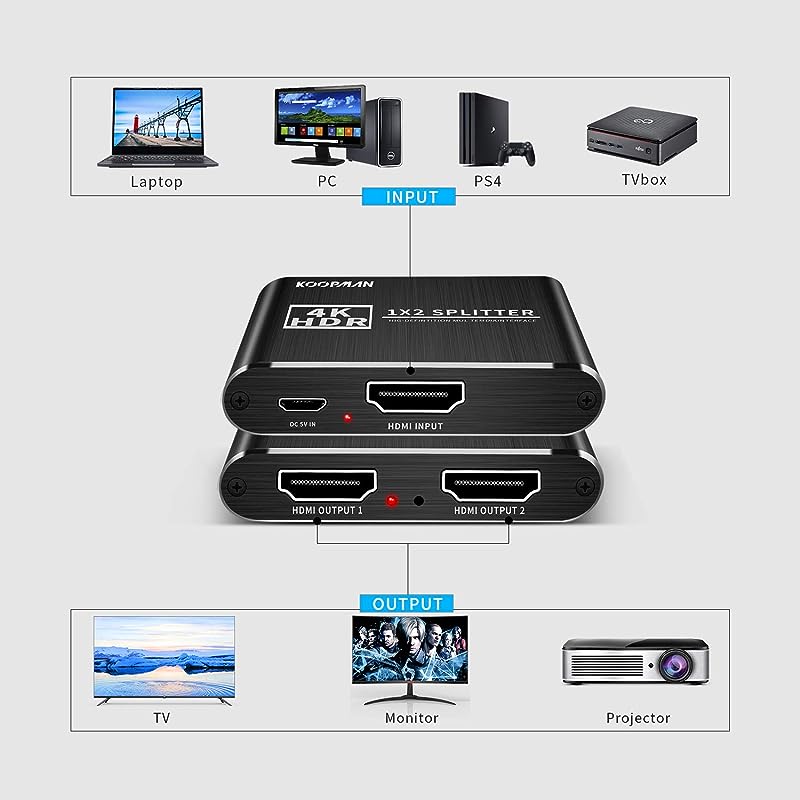 You can avail of multiple splitters in electronic stores and on Amazon.com. We’ve tried them all out with varying levels of success. Our advice is to go with the Koopman 1×2 Splitter or shop for your own while saving your receipts. Although Chromecast has access to audio and video content from many services that are accessible to you through the Internet and the Chrome web browser, such that Google tracks many of these services on its site, it cannot operate on multiple TVs at the same time.

It is better that you avail of another device such as the Koopman HDMI Splitter 1 in 2 Out to fulfill your straightforward splitting needs. No need to complicate things by splitting the signal to around 4 display devices simultaneously. Also, even though there’s no comprehensive list of services Chromecast caters to, the good news is that it covers all the major ones, from YouTube to Netflix as well as Crunchyroll.