There are many reasons why people need to split the audio and video output from an HDMI connection. For instance, they might need to output HDMI from a camcorder that’s live-streaming over an HDMI projector. However, the projector’s speaker might be terrible, necessitating the use of an audio output but there’s only an HDMI output and cable available. They might also need a separate connection for a sound system while your HDTV merely serves as a monitor with the extra sound coming from its own speakers. There’s also the PS4 Slim dilemma and its lack of a non-HDMI port for RCA and component sound systems.

In such cases, a splitter is required to split the audio and video transmissions from the camcorder that’s otherwise combined in one cable via the HDMI format. However, if you already have amplified audio, an AV receiver or even a wireless HDMI kit might be worthwhile if only for the ease of hooking up other inputs into your sound system.

What You Need to Know

When it comes to how to split HDMI audio and video, an HDMI splitter normally gets the job done by default. You can also go wireless and get a receiver to transmit your HDMI signal across any HDMI display or sound system linked to it. However, be careful of the price! 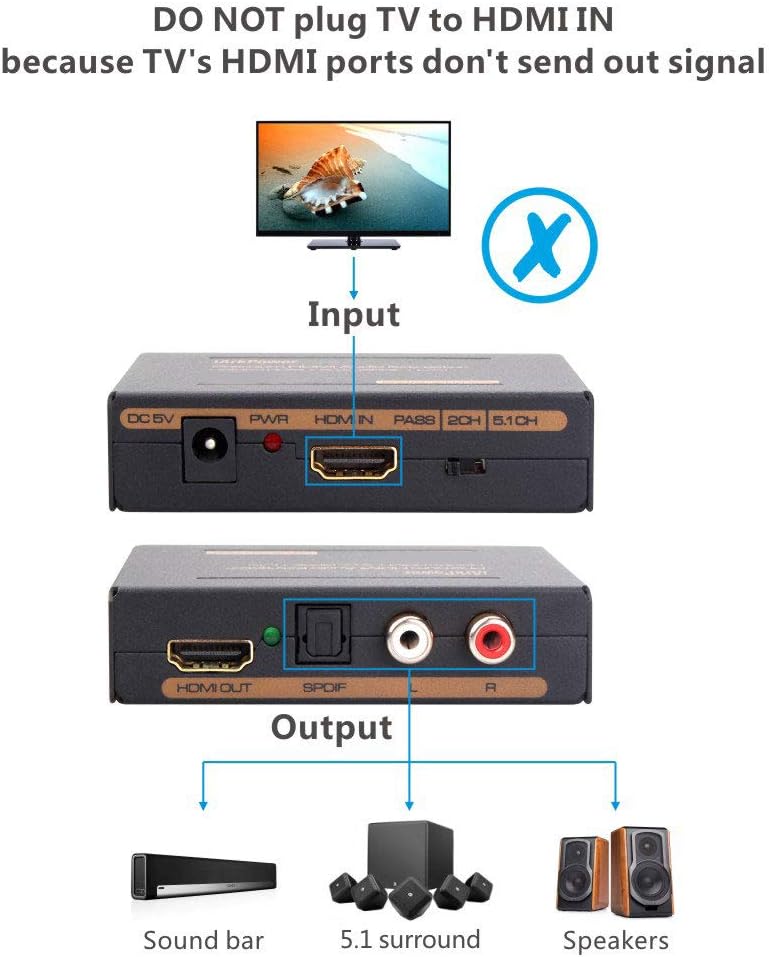 Do you want to split the audio and video output of an HDMI device so that its video is displayed on one monitor while its audio is transmitted to an amp or sound system? The splitter is usually the way to go—specifically one that’s also an extractor—followed by using an AV receiver to allow for easier transmission without the use of splitters, adapters, extractors, and converters.

Both choices have their own respective pros and cons. Receivers or wireless setups are much more expensive. Splitters are more affordable and can solve most any audio-extracting problem but they’re not perfect either so choose wisely.