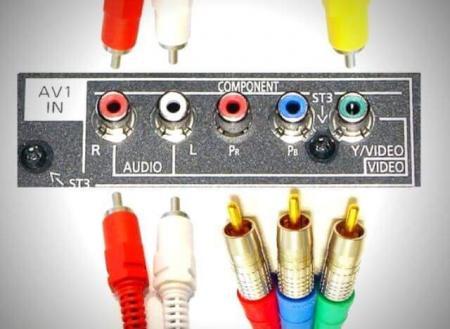 Luckily, component cables are about as cheap if not cheaper than standard HDMI cables. You can also get decent converters at good prices from Amazon as well as Mediabridge if you’re willing to do customer-to-customer transactions for them.

With that out of the way, here’s how to connect Wii to tv with component cables.

Connecting Your Wii to a Standard TV with Component Cables

The Wii doesn’t come with its own component video cables, so you need to buy them separately at the electronics store. Don’t worry, they’re quite cheap.

There might even be a hidden panel or door on the television you need to open to access these inputs. Look for any inputs marked “Audio In” and “Video In” or “Audio and Video In”. Check your television manual or instructions about the parts of your brand of TV on the Internet for more details. Avoid connecting the system to anything marked “Out”.

Take note that the Red and White audio cables are bound together with a black band labeled as “audio” since the three RCA connectors cover only the “video” part of the signal. Yes, component cables only carry the video signal, unlike HDMI. You need separate audio cables to carry the audio signal from your Wii as well. 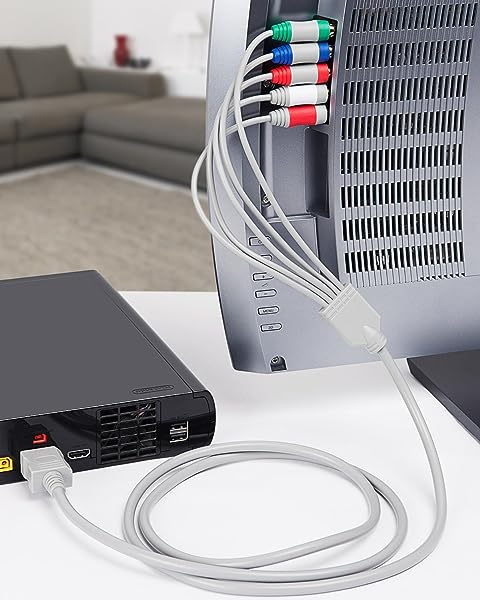 Connecting Your Wii to a Standard TV with Wii AV Cables

Connecting Your Wii to an HDTV Using Component Cables

Your best bet in running your Wii with a High-Definition Television set is to get composite cables and a component video to HDMI converter to allow them to connect to your HDTV’s HDMI port.

The Nintendo Wii is in the same generation of consoles like the Sony PlayStation 3 and Microsoft Xbox 360. Somehow in the era where gaming was moving towards high-definition 1080p gaming, the Wii discarded having an HDMI connection in favor of motion controls and a regular AV connection you’d normally use for PS2, Xbox, or Game Cube era consoles. Again, like with the cartridges versus compact disc debacle of the late 1990s, Nintendo is again one step left behind.

This is ironic, since even without the HDMI connection, the Wii is the best-selling console of its generation, outselling the Xbox 360 and PS3 by a country mile. All the same, cheap component cables are typically the way to go to allow your Wii to play on a non-AV CRT TV or HDTV.