The thing about High-Definition Multimedia Interface (HDMI) versus Universal Serial Bus (USB) is that comparing them is like comparing apples to oranges. HDMI focuses more on connecting media players or cable boxes with HDTVs in order to view HD media audio-visually. USB is more about file transfers or making hardware work with your PC without having to jump hoops and find drivers for each and every one of them.

As for HDMI vs USB-C, it’s important to remember what USB C, USB-C, or USB Type-C is all about. It’s a type of Universal Serial Bus hardware that uses a smaller port and smaller cable connector for portal devices like laptops, digital cameras, mobile phones, power bank, MP3 players, Personal Digital Assistants, and so on. It’s not uncommon to get a Type-C USB cord and USB adapter for it included with your mobile phone or laptop.

HDMI is one of the most common connections out there for game consoles, laptops, tablets, set-top boxes, and HDTVs. It’s a unique kind of connection option that carries both uncompressed audio and video in one cable; the only other format capable of such is DisplayPort (DP). This is the reason why it’s become the format of choice for multimedia devices. It’s like the HD version of SCART but less annoying with its one-cable solution.

To wit, the HDMI connection format comes with the following features:

After the 2016 version of the MacBook was released, Apple pushed forward the USB Type-C connector by making it the default connection standard for all its laptop connections the same way USB is the standard for most PC and laptops not made by Apple. USB-C displays are also becoming more and more common, such as the Philips Brilliance 258B6QUEB that makes a good companion with your MacBook in case you’re in need of a bigger display.

To wit, here are the features and benefits of USB-C and its connection to HDMI: 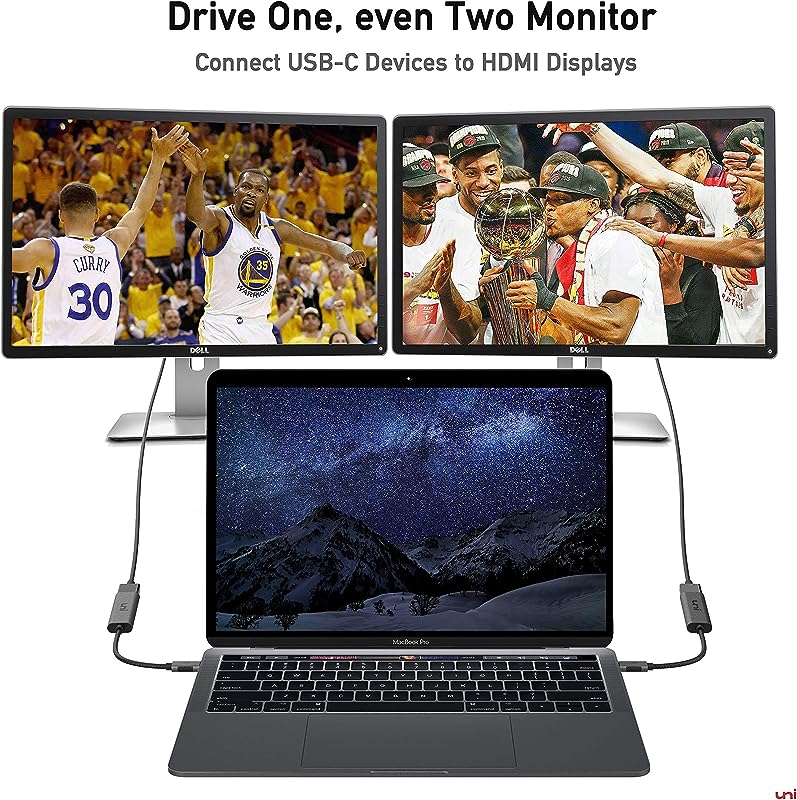 HDMI helps complete your home theater because it connects audio-video devices to your HDTV or other HDMI displays. Meanwhile, USB-C is the type of USB that allows portable devices like the laptop to connect to various pieces of PC hardware, like when you need to upload your cellphone pics to your laptop so that it could use software to print them out via printer (which in turn is connected to your notebook PC via standard USB). Like with USB versus HDMI, it’s unlikely for USB-C and HDMI to ever overlap with each other.

They control different territories, with HDMI covering the HDTV and media console world, USB covering the desktop PC and hardware world, and USB-C covering the mobile phone and laptop world. Some HDTVs might have a USB-C connection, but mostly to assist with streaming. In turn, a laptop might have an HDMI connection to allow it to show its screen on an HDTV but otherwise, the USB-C is a non-factor unless it’s the only way to connect HDTV with your laptop via a USB-C to HDMI adapter.