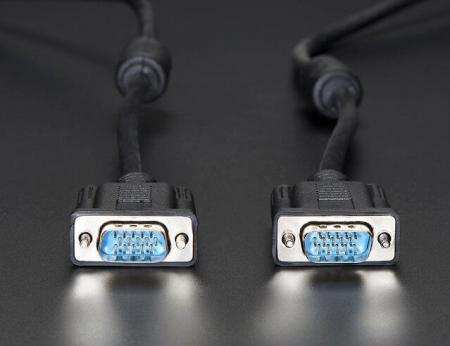 So does VGA carry audio? No. Yes, Video Graphics Array (VGA) is significantly different from other audio-visual (AV) connection standards like High Definition Multimedia Interface (HDMI) and DisplayPort (DP). It is similar to Digital Visual Interface (DVI) though. Both don’t support an audio signal in cable or port even if they’re converted into HDMI with a corresponding adapter. So how does VGA get audio?

Your Guide to VGA Audio and Much More

Like with other PC mediums, you need a separate cable for audio to put in your soundbar, subwoofer, base, and/or Sound Blaster speaker to your PC or laptop with a VGA port. You also need a separate audio port and sound card in order for the display to carry sound, but then again HDMI displays in the 21st century tend to have their own speakers since they’re usually HDTVs.

This is because VGA is a computer format where there’s almost a separate device for every function, from monitors to keyboards, to mice (the computer mouse), to sound speakers. With that in mind, what is VGA anyway?

The VGA display connection format from 1987 was the last IBM graphics standards which the majority of PC clone manufacturers conformed to. None of them bothered to make the standard of their own graphics because it makes more sense to use the existing one that everyone was still using anyway. Nearly all post-1990s and early-2000s PC graphics hardware-implemented VGA. At any rate, VGA never did support audio along with the video, requiring a separate port and cable for that. Ironically, what made VGA popular during its time—a video port that’s separate from the audio port—is the opposite of what made HDMI ubiquitous, which was to combine audio and video feeds into one port and cable.

Later on, VGA was ultimately replaced by HDMI although there were also other formats like DVI (that had no audio support like VGA) and DP (which had audio and video mixed into one cable like with HDMI). At any rate, VGA remains part of AV history as the PC display connection format to follow in the Nineties.