High Definition Multimedia Interface or HDMI is the current standard for audio-visual and home theater component connections, particularly when it comes to linking HD video sources to HD displays, like a DVD player to an HDTV.

So does HDMI carry audio? Yes. It carries both, like DP but unlike VGA and DVI. What’s more, the type of audio carried by HDMI is high-definition quality, just like the HD videos that just get bigger and more detailed resolution-wise in what seems like every year. It carries sound and moving pictures from one source device to another device display.

Learn More About The Audio Capabilities of HDMI

The first few AV connections in the past for standard definition output also used one cable to carry audio and video, but they fell on the wayside in favor of separating audio and video outputs, as in the case of VGA or RCA connectors. HDMI combined AV once more because it’s mostly used for HDTVs and Blu-Ray players, with TVs usually combining picture and speaker in one unit anyway.

In contrast, both HDMI and digital coaxial make use of digital signals to send high-definition sound to your home entertainment system’s speakers, bass, soundbar, and/or subwoofers. Both coaxial and optical work well enough to produce digital sound fidelity for every home system. HDMI, however, is simply better, covering DTS HD Master Audio and Dolby TrueHD audio from your Blu-Ray discs. This is why the affordable optical or digital coaxial cables are miles apart in audio quality compared to HDMI cables. 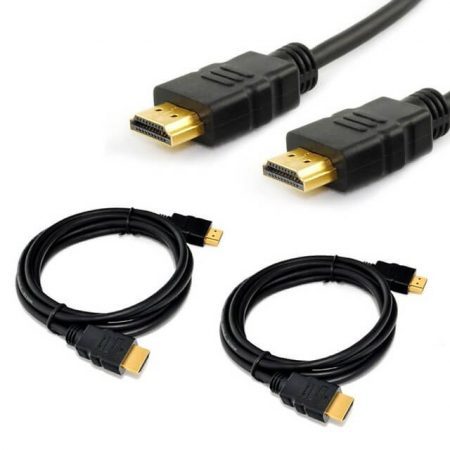 There are various reasons you might not hear source audio on another device when using an HDMI cable. Check your settings to see if they’re correct on one of the devices being linked. Also, make sure that the hardware or the cable themselves aren’t bad or anything.

They’re supposed to be automatic and plug-&-play, but sometimes there’s an error and you’ll have to manually input things to guarantee that the computer audio is transmitted from the cable to the external device; presumably the TV or else you’ll need more cables and a separate speaker for the sound. In such cases, the audio feed might not get picked up by your HDMI display monitor or television unless you change the settings or resort to using the speakers of your computer instead.

HDMI does carry audio. It’s not just any kind of audio, it’s the highest quality audio, such that HDMI cables and ports can double as connections for speakers, subwoofers, base, and soundbars for your home entertainment system in case you simply want to hear some jams off of the radio or the Internet at sites such as Spotify. HDMI cables specifically allow for digital audio at a higher bitrate than its optical and coaxial counterparts.