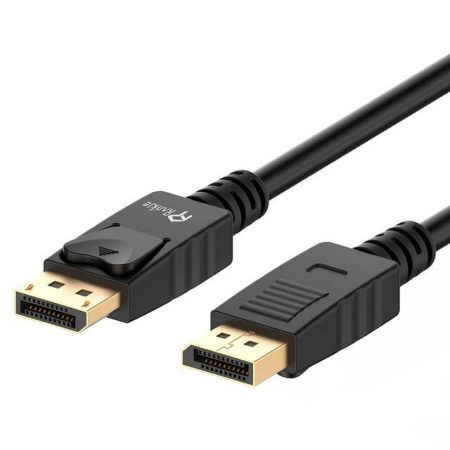 DisplayPort or DP is an audio-visual or AV display standard or digital display interface developed back in 2006 by a consortium of chip and PC manufacturers including Sony, Philips, Lattice, and Maxell. It remains under the control of the Video Electronics Standards Association or VESA. It never overcame the ubiquitous High Definition Multimedia Interface or HDMI from 2002 in terms of popularity, but it remains a high-def competitor nonetheless.

So does DisplayPort carry audio? Simply put, yes. It’s not like VGA or DVI that needs a separate audio cable and port. To be more specific, it supports many advanced audio features that HDMI supports like LPCM, Dolby TrueHD, and DTS-HD Master Audio formats as well as multi-channel audio. HDMI audio, in turn, can also be supported by DisplayPort as long as you have an accompanying DP to HDMI adapter available.

Here are more things about DP that consumers are regularly asking about aside from its audio capabilities.

With that said, even though DP is the newer standard made to support the higher performance requirements of PCs, this works to its advantage as more time passes by. It also uses existing features from today’s computer systems in terms of signal and protocol technology. This enables DP to increase its integration and performance capabilities. It utilizes common signaling tech for data communications and packet data structures through a common connector, allowing it to be combined with other standards like Thunderbolt and USB with minimal adapter requirements.

Alas, DP can’t carry Ethernet data as HDMI cables could. If you want Ethernet, get an adapter for it. What’s more, the standard cable lacks an audio return channel to boot. As for cable connectors, you have the DP standard and mini. Their names are rather self-explanatory, really. Standard cables can connect to standard DP sources and display while mini connectors are for mobile devices. A DP cable can connect a DP source to a VGA display with the addition of a simple adapter. This is particularly handy for connecting an old VGA projector as well as a single-link DVI or HDMI display to your DP laptop.

DP wasn’t necessarily created to supplant HDMI in 2006 (which means HDMI has only been out for 4 years since 2002) but instead developed to make obsolete the standard-bearer of the time, Video Graphics Array or VGA, the analog interface standard that’s been around since 1987. It was also competing with Digital Video Interface or DVI, which was introduced back in 1999 and was also intended to be the successor to VGA. DP, for your information, is a royalty-free product.

One of the ways DP was developed to be better than VGA was its ability to carry an audio signal on the same cable and port, just like HDMI. It covers all the high-fidelity, multi-channel digital sound currently included in Triple-A videogame titles and Blu-Ray releases for movies so that your home entertainment system gives you the whole package in quality picture and sound.