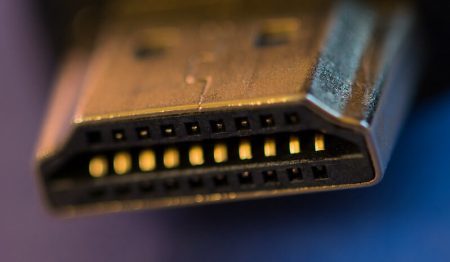 Can a bad HDMI cable cause pixelation or pixilation? Yes. If your HDMI cable is bad you’ll at best see artifacting and skipping from the signal of your digital video or at worst not get any signal to your HDTV at all. A faulty HDMI cable doesn’t only cause video problems but also audio issues that interrupt your video-gaming and movie-watching experience when push comes to shove. Usually, the quick-fix solution to a bad HDMI cable is to replace it since they come in cheap enough. However, you need to make sure that it’s the cable that’s causing you grief.

With that in mind, here’s what you need to know in order to diagnose and address your bad HDMI cable or connection. Thanks to this guide, you should be able to assess and address everything in record time.

Cables for HDMI connections often cause several different connections and display issues that you need to be aware of, chief among them pixilation. It mainly degrades the digital signal, leading to them ending up looking like blocks or sparkles. The picture of whatever you’re watching also tends to become frozen for good measure. This is different from analog signals that instead have lines or snow appearing when the picture is compromised from the data being retrieved from the magnetic tape of a VHS cassette. To wit:

Because of the fact that every HDMI receiver or port, video game console, or television set is different, you may have a cable that’s too large for the component to receive due to its overly large hood. You might need to, therefore, maneuver the cable correctly in order to secure the connection.

Otherwise, while a faulty cable shouldn’t cause damage to the individual parts of your HDMI display or media source, it can render a system unwatchable or inoperable. You could end up having to troubleshoot the components of your system for hours or days in order to find out what’s wrong. However, as a rule of thumb, if you have issues with compression artifacts, pixilation, and so forth, it’s usually the HDMI cable. If you’re having trouble with your HDMI audiovisual systems connected through HDMI cables, you should first consider the possibility that you have a faulty cable.