The Amazon Fire TV Stick or FireStick is a handy piece of streaming tech similar to the Roku streaming USB stick, but this time around it’s made by the world-famous Amazon.com e-commerce website and multi-billion mail-order company. FireStick offers loads of features and has portability as one of its main selling points. You can put the whole thing, including its power supply, into your pockets and head out anywhere you want.

With that in mind, can you use amazon fire stick on a computer or laptop? It’s one thing to be able to lug around the Fire TV Stick and use it on your nearest HDTV or HDMI projector with an Internet connection. It’s a whole other thing to be able to use the stick on your desktop or even laptop PC for the ultimate mobility in terms of steaming entertainment. 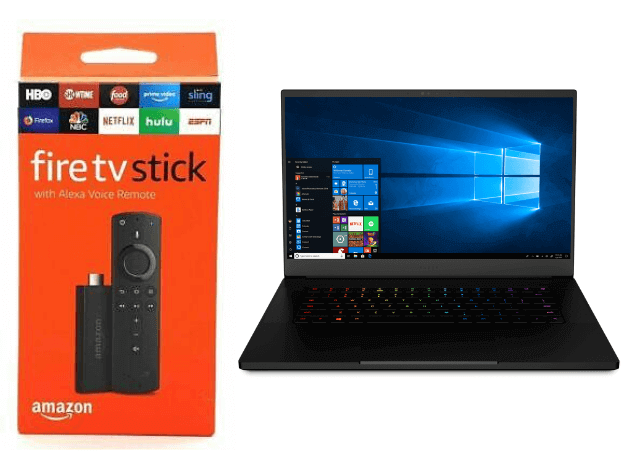 Learn More About The FireStick and Streaming on PC

If you’re a video streamer, here are a couple of facts about streaming through the FireStick and your laptop that you need to know, particularly when it comes to online streaming without any “protections” whatsoever.

To Sum Things Up

The Amazon FireStick is incredibly popular because of its ability to work with practically any smart TV with a USB or HDMI port included. It also helps that it’s a device made by Amazon for services like Amazon Prime as well as its closest competitor Netflix. If you want to stream without using a computer’s net browser with an HDMI connection, you can’t go wrong with the Fire TV Stick and its ability to convert any TV into a streaming machine. Or can you?

You should be able to plug the stick into your laptop anywhere with Wi-Fi in order to enjoy your fave programs using something other than a web browser and online player, right? However, there are obstacles in your path towards using the FireStick as your instant-access gateway towards streaming entertainment. With that said, even though HDMI connections are limited, there are a couple of methods or hacks you can use in order to use your stick with a laptop. It mostly involves splitters and game console streaming devices.