Do you wish to know how to connect your Macintosh computer like your iMac desktop or your MacBook Pro laptop to your television set? You’ve come to the right article. It depends on what connections are available on your Mac that you could work with. Otherwise, you’ll need to start investing in adapters, especially if you’re connecting your old-timey Macintosh to your legacy CRT televisions.

It’s typically the latest editions of the Mac laptop like MacBook Pro 2016 and above that has issues with HDMI because of the format shift to Thunderbird 3 ports. At any rate, here’s what you need to know.

A laptop will need either a standard HDMI cable or a USB-C to HDMI cable, adapter, or converter in order to work with an HDMI connection usually needed for HDTV. It depends if it still has an HDMI port or not. You need to be aware of your Mac’s output types to make this work. 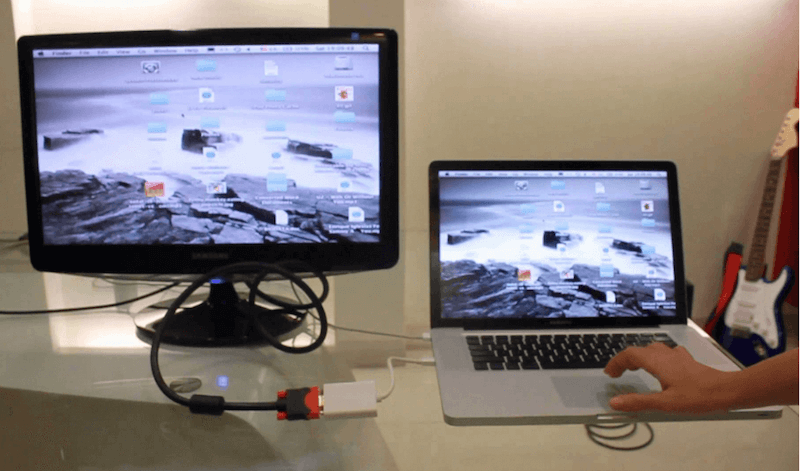 Connecting a Mac to an HDTV

If the image on the HDTV’s screen isn’t correct or the sound is playing on the Mac’s speakers instead of the television’s speakers, you can further tweak settings from Mac’s system preferences menu as shown below.

Connecting Your Mac to a CRT TV

What if you’re connecting your Macintosh desktop or laptop to a cathode-ray tube (CRT) television set or a TV that literally has no HDMI port? What should you do in order to make the linkup happen? It again depends on the output of your Mac. Also, be prepared to buy converters or adaptors galore to make a modern machine work with a legacy one.

To Wrap Things Up

In the 2010s, most people have switched to flatscreens or HDTV setups that don’t have RCA connections. Thus, they necessitate getting an HDMI connection. If your Mac has HDMI (to allow it to connect to HD monitors) then that’s all fine and dandy. However, if the computer instead lacks HDMI, you need to adjust accordingly. As a rule of thumb, if you lack the connector, there’s an adapter available to make the linkup possible.

Is your Mac a legacy or vintage Macintosh? Then it should have its own monitor along with the rest of the computer, all for the convenience of its casual or non-tech-savvy target audience. Usually, the ones that need the monitor the most are laptops, particularly those that could use huge flatscreen HDTV monitor for HD streaming or video viewing, with the machine acting as the Blu-Ray or DVD player.

See more: How to Convert Different Cables to HDMI 101